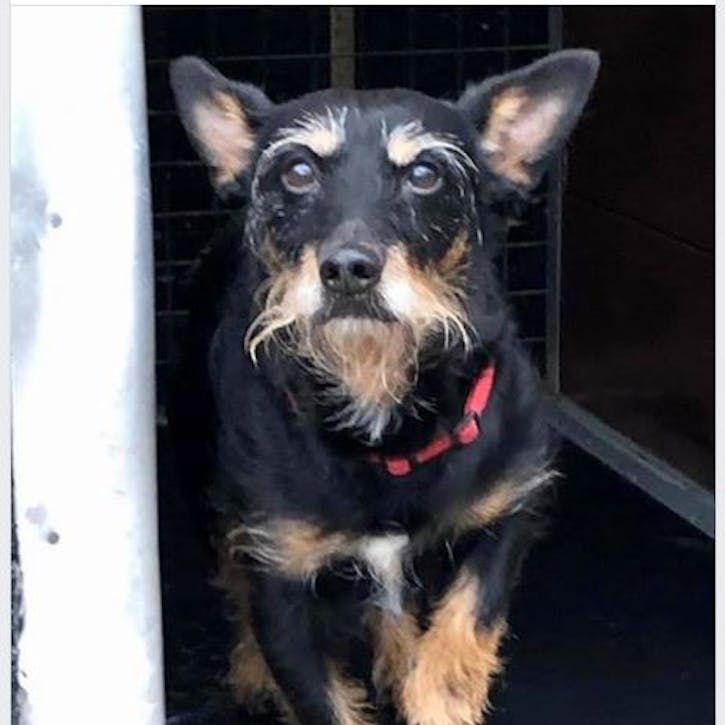 Bryn found himself at SEDR after being taken to a vets to be put to sleep for behavioural issues.   Then called Brian, thankfully the vet got him signed over rather than putting him to sleep and he found his way to the safety of SEDR.

I had just lost my Jack, another SEDR dog, and Brian was suggested by Kymm as being a possible new rescue for me.

Our first and second meeting went well and so Brian (renamed Bryn) came home to see how he settled.

Bryn in his furever home

Bryn came to his furever home to find that he had a whole new garden to run around in.

The first six months had its ups and downs while he settled and found his paws. To begin with, Bryn displayed some anxiety which resulted in growling and teeth baring that had the potential to escalate if ignored.  However, by changing what was happening whenever he displayed signs of anxiety the incidents became less as he settled.

The only other possible behavioural issue is that he mouths when he gets over excited.  He's never bitten and the incidents of mouthing have lessened as he's learnt that the fun stops if he does it.  He licks your hand instead now.

For Bryn, routine works best and we found that in those first six months. I could be out during the day and he settled and slept. When I was home he would settle by me, or we would be out together. Gradually we met new people and dogs.

Bryn has been in his furever home a couple of years now.  If he's feeling anxious he comes and hides behind me and as his confidence grows any incidents of  growling or baring of teeth have disappeared.  It’s taken time and a little bit of patience, but he's a wonderful character and very loving to all he builds a bond with.

During the pandemic everything changed and he came to work with me every day, making sure I took breaks and finished at a reasonable time. Bryn adapted to a new routine and then to all of the changes the last few years have seen.

Whatever the circumstances of his previous home, their loss is absolutely my gain.  This is a quiet home with no pressures for Bryn and so he has thrived.  Bryn loves his walks, loves people and most dogs and is the cuddliest boy.  Bryn is happiest when he's with people, but settles wonderfully when left alone.  For this home he is perfect, and this home seems to be perfect for him too.

Bryn in cuddle mode hoping for a tasty treat